Coinbase is renowned for being the largest Bitcoin broker in the world, currently operating in 32 countries (which may soon drop to 31 as their Canadian payment service, Vogogo, shuts down).

Apart from direct sales of Bitcoin, at nearly the average market rate (plus a 1.5% fee), Coinbase promotes low fee (takers fee of 0.25%) trading of both Bitcoin and Ethereum on GDAX (the Global Digital Asset Exchange), its proprietary exchange platform.

Here are the additional services and benefits that coinbase offers:

For new entrants into the cryptocurrency world, Coinbase is often recommended as the easiest way to buy their first bitcoins. The company has spent a lot of money and time in efforts to make their user experience painless and smooth.

Their huge banking partnerships allow transactions to be made through ACH, SWIFT, SEPA transfer, EFT payment, and credit cards and PayPal. Coinbase has enjoyed accelerated growth since its founding by Brian Armstrong and Fred Ehrsam in mid-2012, for many other reasons like these.

Why does Coinbase have such a bad rep if it is so successful?

It’s no mystery that Coinbase pulls a lot of dislikes, if not outright hatred.

A “Coinbase” search query on Reddit’s r/bitcoin promptly shows countless user complaints, interlarded with relevant news. In reply to either such post, no shortage of anti-Coinbase vitriol will be discovered among user comments. The situation is the same on other discussion forums such as BitcoinTalk, IRC, Twitter and Slack; mention Coinbase to Bitcoiners on any of these forums, and you’re most likely to hear as much criticism as praise.

Now, many people relish Bitcoin for providing refuge from the awful and petty autocracies of the corporate payment services and banks. Any financial company which re-introduces “user experiences” like that will undoubtedly face heavy flak. Simply put, the reason Coinbase is being punished is that it often behaves like the most obnoxious of banks.

Such opinions must be softened by the fact that, for years, Coinbase has served the digital currency market more loyally and reliably than many exchange platforms, failed or functional, which could be considered.

Coinbase has, however, also pulled its share of dubious moves over its existence. Here are some excellent reasons to consider the company with some suspicion:

The 6 Main Reasons for the Coinbase Controversy

Coercive closure of accounts is apparently the most commonly held malice against the company. As a result of Coinbase’s tight integration with conventional banking laws, such closures are inevitable. Coinbase prides itself on its legislative compliance, for better and worse. The company was the first cryptocurrency exchange to get the approval of US regulatory authorities.

As a result, Coinbase has Anti-Money Laundering (AML), and Know Your Customer (KYC) policies, much like any conventional bank. If you want to avail yourself of Coinbase’s service, you will have to give several personally-identifying information. Most Bitcoiners object to such invasive measures as they value their privacy a lot.

Expect Coinbase to close your trading account for these activities promptly:

– Resale of coins on other exchanges, particularly those without AML / KYC,

– Other irrational reasons which file their algorithm the wrong way.

While your funds will almost surely be returned to your bank account if your account gets shut down by Coinbase, it will probably prove to be an awkward, potentially costly, and frustrating experience.

Coinbase is also a part of the Blockchain Alliance, which strives to fight the use of Bitcoin for illegitimate purposes. As such blacklisting standards diminish Bitcoin’s fungibility – an essential property of sound currency – Coinbase’s policies are a matter of legal dispute to Bitcoin users. 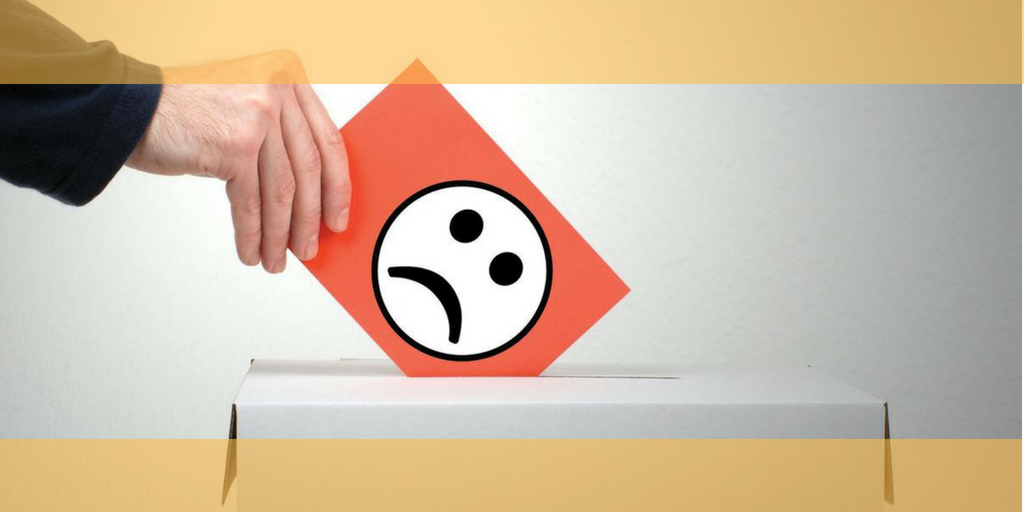 Coinbase stands to reason that they’ll suffer a proportionally high number of complaints if they get anything close to their claimed number of 4 million clients. For instance, many users recently expressed their discontent with GDAX bugs and outages. Such complaints often spill over into social media

3) Close Ties to the Banking Establishment

It’s no secret that Coinbase got millions in venture capital funding, up to $106 million, got more than 4 funding rounds from 23 separate investors. In early 2015, the company had a Series C round, after having its seed round in late 2012. The integrity of Coinbase’s investors, especially BBVA, speaks volumes towards explaining their close bonds to conventional financial institutions. Fred Ehrsam, Coinbase co-founder, is a former trader at Goldman Sachs. Generally, such associations do not bode well and are usually treated with criticism by most fervent bitcoin admirers who tend to take a negative stance towards global banking establishment.

Coinbase formerly ran a bountiful affiliate plan, whereby $75 was given to anyone who referred a client who went on to buy $100+ worth of Bitcoin. However, Coinbase went back on this deal without notice. Some diligent affiliates earned a pittance for promotional tasks handled for Coinbase.

For whatever reason, both Coinbase’s founders Brian Armstrong and Fred Ehrsam felt coerced to wade into falsehearted PR waters, to the disadvantage of their company’s reputation. Their first significant blunder was including Coinbase in the caustic block size debate and their second was actively supporting Bitcoin’s main rival; the “Turing-complete” Ethereum.

Next, shortly before the dramatic failure of the DAO and Ethereum’s consequent price crash, Fred Ehrsam declared the superiority of Ethereum.

It’s hard to picture what Brian and Fred hoped to achieve from their controversial decisions and statements, but the resultant PR repercussion will likely see them drafting a more neutral plan in future.

Perhaps most outrageous of all their violations are Coinbase’s nine patent filings for crypto-related “innovations.” Here are some of the applications:

Patents like these are certainly not Coinbase innovations and clearly clash with the open source characteristics and the basis of Bitcoin. Brian Armstrong clearly expects cryptocurrency users to trust Coinbase, and to avoid using any such patents to prevent competition. Honestly, no firm, agency or entity should be trusted with the legal right over any sector of the Bitcoin space. Bitcoin was created to preclude the need for such trusted parties.

Bottom Line: Should You Use Coinbase?

At times, it seems Coinbase is more in the business of pulling investors than wisely developing Bitcoin exchange services or catering to the needs of customers.

As a result of the preceding, it’s difficult to recommend Coinbase without some cautions:

You should never trust Coinbase to serve as your primary wallet.

The same goes for every other cryptocurrency exchange and third-party service offering to store your finds on their platforms. The famous adage is: if you don’t have the private keys, the Bitcoins are not yours.

While Coinbase’s multi-signature Vault provides some additional security, it’s still nowhere near as secure as keeping your bitcoins in cold storage offline.

Finally, if you’re a Bitcoin user or enthusiast, before transacting with Coinbase, you should view whether their associations, motives, and actions, are appropriately aligned with the core policies of Bitcoin, like openness, decentralization, and fungibility. While Coinbase may be a popular, convenient and cheap option, they’ve shown a disturbing lack of regard for those unique properties which presently give Bitcoin its worth.

Coinbase is not for Bitcoin Enthusiasts 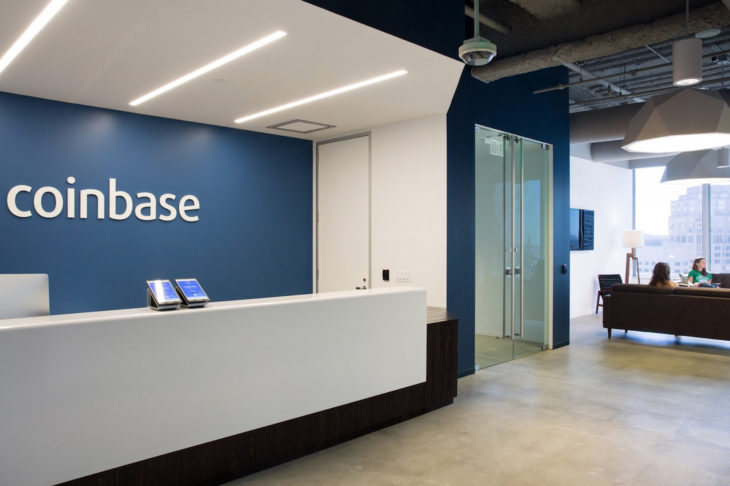 It’s an agreed simplification to state that Coinbase isn’t for Bitcoin users but instead for new entrants into the cryptocurrency space, Ethereum supporters, venture capitalists and those with a lasting emotional attachment to the reassuringly blue corporate color plans and wealth-peacocking of conventional banks.

A lot of people feel more satisfied entrusting their funds to a service which makes Bitcoin seem more familiar and conventional. This is logical given that the excess of investment in Coinbase indicates that the firm is fully-capitalized; a rich exchange manages to be a sound exchange platform. If you’re cautious of leaving large amounts of cryptocurrency or fiat currency on an exchange platform, Coinbase is seemingly one of the more secure alternatives, although a meticulous audit is the only way to determine that for a fact.