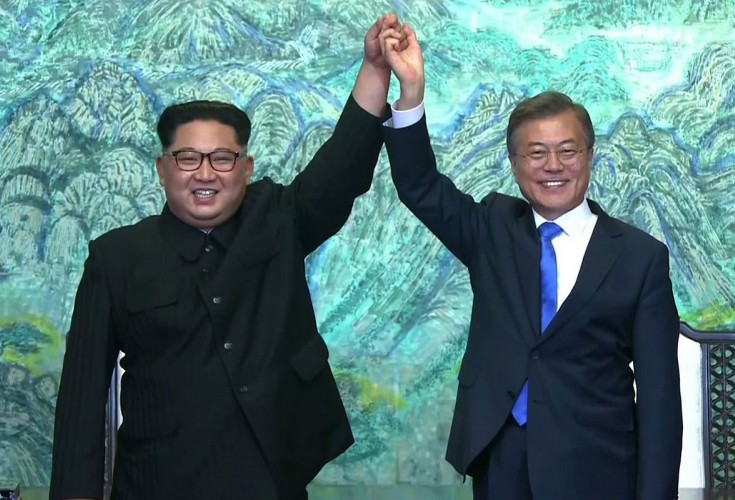 Stock markets across Asia rose as North Korean leader Kim Jong Un made history by crossing the border into South Korea to hold talks over his nuclear weapons program. Investors welcomed the occasion with a mix of optimism and caution.

One thing most people believe now is that no one can really tell how this whole event will play out.

“You can’t tell what’s going to happen from here, but since we’ve come this far, it also doesn’t seem likely that things will abruptly take a turn for the worse, and the talks will fall apart.”

Here’s what other strategist and investors have to say about the matter:

Chief executive officer of Midas International Asset, Heo Pil-Seok said the summit is only to create a peaceful atmosphere, and what matters most is the outcome of the U.S.-North Korea meeting.

“But It’s still too early to tell if the Korea discount is set to be solved.”

A Plus for Global Stocks

According to Yoshinori Shigemi, a global market strategist at JPMorgan Asset Management Japan Ltd, even though it might take time to see how effective this turns out to be, it is surely a plus for global equities. Gains however have been posted today on Asian markets, with Nikkei 225, a weighted average market index measuring performance of 225 biggest Japanese companies continued to rally over the course of today’s session.

Korean Macquarie Investment Management’s chief investment officer for equities, Park Hong-Sik, said he isn’t sure about the short-term effect this event will have on the markets, but it will certainly have a positive effect on the Korean economy on the long run.

“Talks between China and North Korea will be key to resolving this problem,” said Hyun-Su Kim, director of equity investment at IBK Asset Management.

In the meantime, it is likely “react calmly” to the result of the Korea talks on Monday, Kim said.

Volatility back on the markets as geopolitical risks prevail

How are Fiat and Crypto Different

All About the Stop Out Level

Placing Your Very First Forex Trade: How to